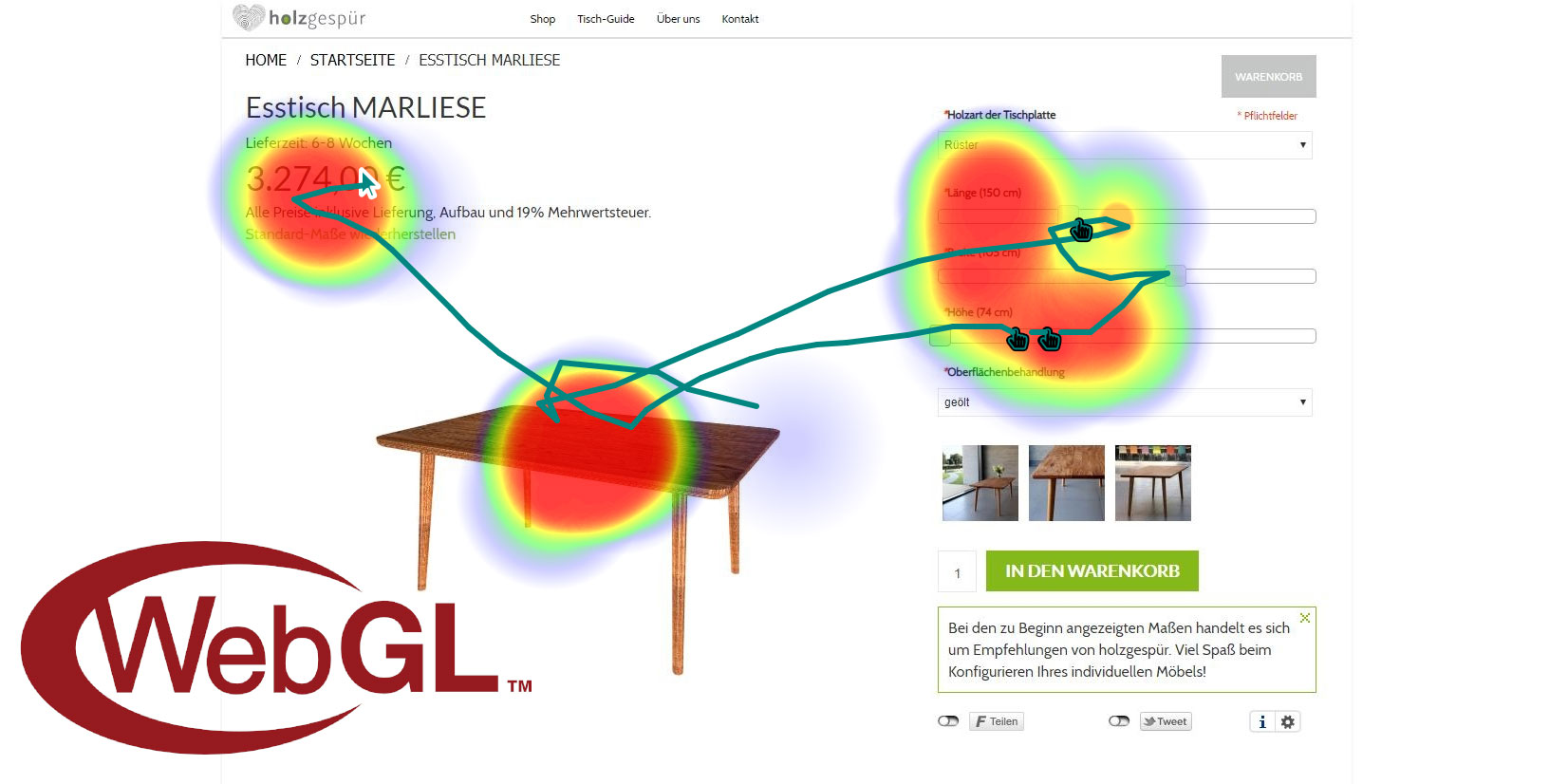 Since the last update WebGL and all current Tobii Pro trackers are supported.

Modern websites are becoming more and more dynamic and use more and more HTML5 functions which present us with new challenges. Many HTML5 features have been experimental for a long time and are now starting to spread. For example WebRTC and WebGL. WebRTC gives the browser access to the microphone and the webcam. This is used e.g. for video conferences or for online legitimation. With WebGL, the browser gains access to the graphics card and can display 3D content such as video games directly on websites. Both features are fully supported in the Eyevido Tester Software since today.

Another function affects internal – not public – SSL certificates. These are occasionally used for testing internal HTTPS-encrypted websites. While Firefox and Chrome can retrieve such certificates via a Windows interface, this path was blocked for the Tester Software until yesterday. Since the update, the SSL behavior is exactly the same as in all other major web browsers.

The hardware support was also extended with the update. In addition to the well-known Tobii EyeX and Tobii 4C models, all current Tobii Pro eye tracker models are now supported. The new Tobii Pro Nano, which is very compact and relatively cheap for a Tobii Pro tracker, is one of them. But for you as an existing customer, there is no reason to change hardware. Your Tobii EyeX or 4C is clearly better than the new Nano in all categories. Only Tobii knows the strategy behind the slimmed down Nano. Nevertheless we hope for Nano owners who want to use our software.

Now that the German manufacturer SMI has disappeared from the market due to the acquisition by Apple, we want to save the abandoned existing customers with our software by supporting all SMI REDn devices. If you have lost SMI customers in your network, you can give them hope for rescue.

In order for you as the usability expert to keep track of the different eye trackers, the eye tracker model used by the test person will now be displayed in the study overview for the sessions performed. Right next to it you will find the eye tracking quota, which indicates the ratio of detected to undetected eye time. The number 98% means that in 98% of all samples recorded by the eye tracker, the eyes could be detected and the gaze could be calculated correctly.

I hope the update works smoothly for you and you can use one or two features in your next eye tracking usability study.