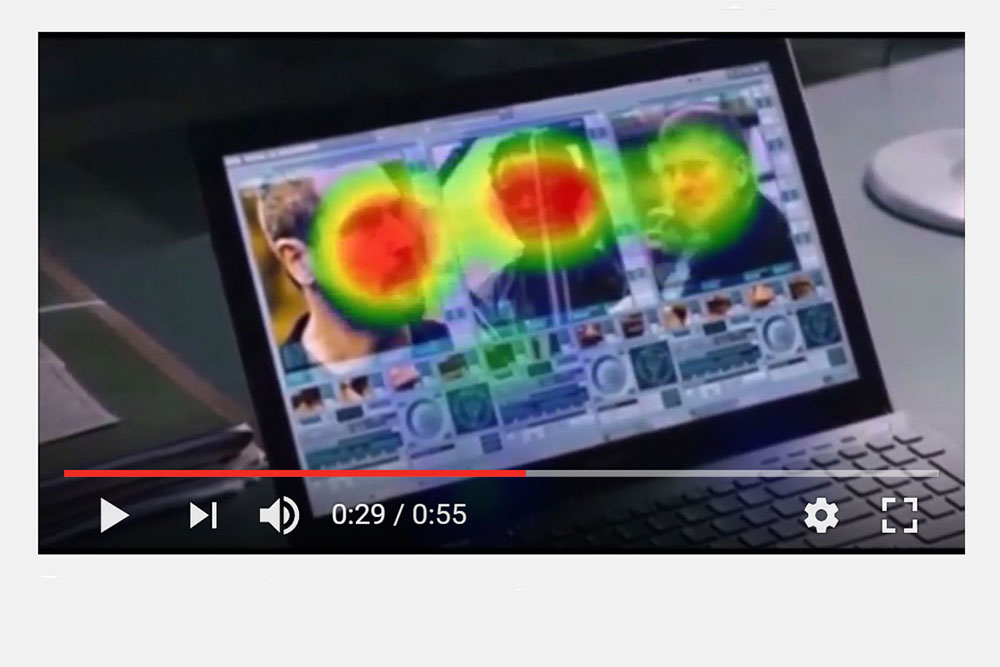 Get some insights on the visual perception of videos.

With our web based EYEVIDO Eye Tracking Software we could collect and analyze the eye movement of ten subjects while they were watching videos. Through this we gained striking insights which you can view on our YouTube channel.

Firstly, we examined the perception of a film mistake in the ZDF action series “Hamburg Dockland”. None of the subjects recognized the mistake. Take a closer look at the perception change after the mistake had been pointed out.

In a perception test, the subjects had to count the red cards which were placed on the table. During this, several changes took place in the background. Based on our results you can observe that many modifications were barely or not noticed at all. This proves that our visual perception operates strongly selective when there is a certain task given.

Our analysis of certain scenes from the James Bond movie Skyfall shows the success of product placement. The laptop brand used by an agent was for example perceived by six out of ten subjects.
You can find a closer analysis of the laptop scene here:

You can view the heat map of all examined scenes here:

In another video showed to our subjects a dog runs across a soccer field and thus interrupts the game. On average the dog was already fixated after 0.77 seconds. The heatmap indicates that at this point he was in the subjects’ center perception.

In the following clip, you can see that eye catcher do not always work as expected. This study focused on the politician Thomas de Maizières’ red pants which he wore during the DFB Cup Final in the year 2016. His flashy outfit was barely perceived by our subjects.